The Swedish Dockworkers’ Union (SDU), which includes 85% of the dockworkers at the Gothenburg terminal, plans to organize a new strike at APM Terminals Gothenburg on January 24, 2017, “after being barred from representing its members at upcoming redundancy negotiations.” 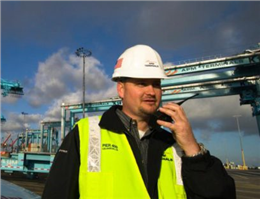 The strike, which will take place from 12:00 to 20:00 P.M. local time, will be held in an effort “to re-establish a normal Swedish negotiation model, preventive health & safety in the workplace and other basic rights,” MANA correspondent reported.
“Despite ongoing dialogue and already planned discussions with the Dockworkers Union next week, APM Terminals today at lunch receive new notice for industrial action,” APM Terminals Gothenburg said.
There is already a ban on overtime and restrictions on the use of casuals in the largest container terminal in Scandinavia, according to the SDU.
The APMT Gothenburg dispute has been ongoing since spring 2016, caused by a change in the company’s personnel policies.
In December 2016, the SDU and the International Dockworkers’ Council proposed an initial three-month period without industrial action in an effort to establish constructive negotiations for a new production model at the terminal.
0
Tags: Strike APM Terminals Sweden
Visit Home
Send to friends
Print
Newsletter
Share this news