Speculation by analysts that Orient Overseas Container Line’s parent OOIL is for sale continues, with those being tipped as potential buyers limited to the carrier’s partners in the new Ocean Alliance, which starts operating on 1 April. 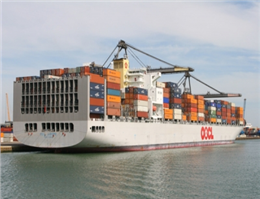 According to MANA, Alphaliner is betting on Cosco or Evergreen, while Drewry believes CMA CGM is the favourite to take over the Hong Kong-based line by acquisition, merger, or reverse merger.
There was no confirmation from a spokesman for OOCL. “Many of us have seen a number of changes in the industry landscape over the past year and during this period many rumours on various topics have spread and speculative reporting [has happened] from time to time, including about OOCL. While we appreciate the public discourse, we would not be in any appropriate position to respond to the rumours and speculation.”
Some market observers argue that the current price suggests acquirers should have kicked off the deal earlier if they were really serious about a bid. OOIL’s share price closed at HK$38.50 on Friday, whereas it was mostly hovering under $32 during 2016.
It suggested that the recent wave of consolidation in the liner shipping industry, where smaller players tend to find it increasingly difficult to gain competitiveness, could drive the Tung family to consider disposal of the business.
0
Tags: oocl Ocean Alliance members buy
Visit Home
Send to friends
Print
Newsletter
Share this news