Kharg Set a New Record at Simultaneous Docking of Tankers

The director of Iranian Oil Terminals Company said: with the renovation and improvement of Oil Wharves in Kharg Oil International Terminal, the way has been paved for 10 oil tankers to call simultaneously . 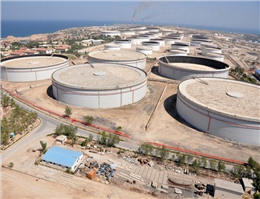