Piracy and armed robbery incidents against ships in Asia fell sharply in 2016, according the Regional Cooperation Agreement on Combating Piracy and Armed Robbery against Ships in Asia (ReCAAP) Information Sharing Centre (ISC). 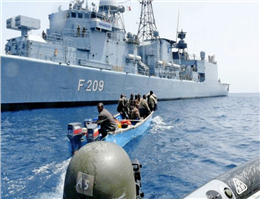 According to MANA, The organisation's data show a fall of 58% in the year. Against 203 incidents in 2015, only 85 were reported in 2016. These comprised 80 armed robberies and 5 cases of piracy.
The straits of Malacca and Singapore saw the greatest reduction in the number of cases, going from 104 in 2015 to just 2 in 2016. ReCAAP ISC attributed this to the commitment by littoral states to clamp down on crime, as well as arrests made in 2015.
The latest data also show a sharp decline in the hijacking of ships for oil cargo theft, from a peak of 15 incidents in 2014 and 12 in 2015, to just 3 in 2016. This is likely to be a reflection of the change in international oil prices, Masafumi Kuroko, ReCAAP executive director told a 13 January media briefing in Singapore.
Earlier this week, the Maritime and Port Authority of Singapore (MPA) and ReCAAP jointly held a meeting and workshop for participants from Africa and Asia to foster closer links among anti-piracy contact points for “more effective information sharing and communication”.
0
Tags: Ship attacks Asian waters down
Visit Home
Send to friends
Print
Newsletter
Share this news