The harsh conditions in the container shipping market during the 2016 have led to a drop of large-scale international carriers to 17 as at January 2017, down from 20 a year ago, according to Alphaliner. 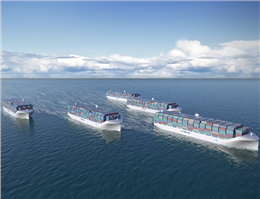 According to MANA, Namely, the reduction is a result of the acquisition of Singapore-based carrier APL by French major CMA CGM, as well as the integration of China’s CSCL within COSCO, while South Korean container carrier Hanjin Shipping made an abrupt exit from the container shipping market in September 2016.
This number will shrink further in 2017 with the pending conclusion of the Hapag-Lloyd and United Arab Shipping Company (UASC) merger, the acquisition of Hamburg Sϋd by Maersk and the merger of K Line, MOL and NYK’s liner shipping businesses, Alphaliner informed.
Additionally, the overall capacity operated by the 17 main carriers decreased by 1.3% over the last 12 months, after taking into account the removal of Hanjin’s tonnage. Collectively, these carriers control 81.2% of the global liner capacity as at January 1, 2017, compared to 83.7% controlled by the 20 main carriers a year ago. 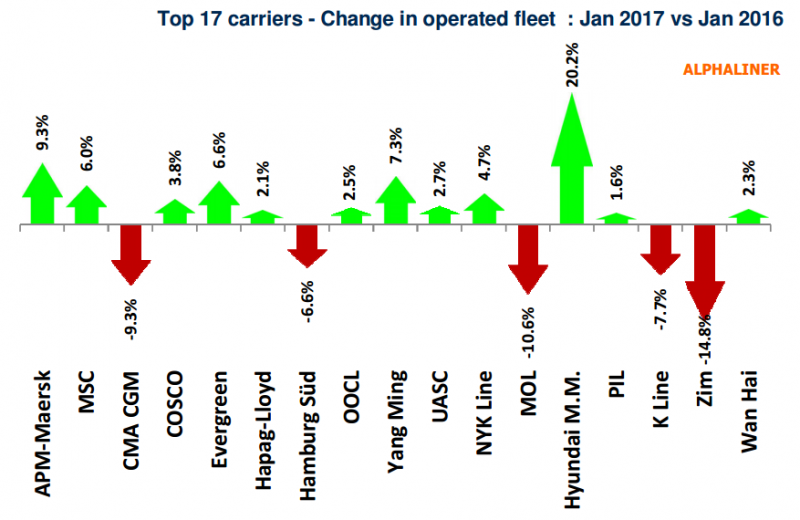 MOL and K Line also recorded significant capacity reductions of 10.6% and 7.7%, respectively, ahead of the planned merger with NYK to form the J-3 partnership.
Although CMA CGM Group’s operated capacity grew by 17.3% thanks to the APL purchase, the aggregated capacity of both carriers fell by 9.3%, due mainly to the outsourcing of a substantial part of CMA CGM’s feedering activities.
0
Tags: container lines
Visit Home
Send to friends
Print
Newsletter
Share this news