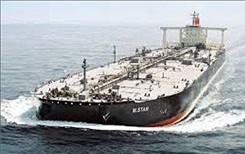 According to MANA, cited by Shana,He said restrictions regarding classing and insuring NITC fleet by leading international insurers have been eased thanks to the removal of sanctions on Tehran's nuclear program and implementation of the Joint Comprehensive Plan of Action (JCPOA) in January 2016.
He said NITC has leased 30 of its tankers to foreign companies since JCPOA implementation, adding the number will grow by the calendar yearend to March 20 2017.
"NITC's priority is carrying Iran's crude oil cargoes but its extra capacity will be used by foreign customers," he added.
Kian Ersi said NITC has currently no plans to enlarge its fleet of tankers, adding the company has ordered construction of two 35k-ton ships and three 63k-ton vessels to domestic manufacturers.
0
Tags: NITC Business Ties Int'l Customers enhance
Visit Home
Send to friends
Print
Newsletter
Share this news