THE number of container vessels sitting idle crept up again this week after a slight decline during the post-Christmas week. 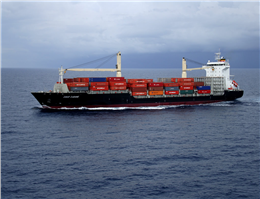 According to MANA, figures from Lloyd’s List Intelligence show that 357 ships, comprising 932,189 teu of capacity, were unemployed this week, representing 4.7% of total fleet capacity. That figure is up slightly on the 4.5% of capacity idle on December 28.
According to Alphaliner, the increase, which has largely been in smaller vessels, can be attributed to lower feeder demand during the end-of-year lull. Larger ships saw improved demand, led mainly by the 2M carriers adding two new Asia-US west coast strings in December.
Continued scrapping of panamax tonnage also helped to bring down the number of idle ships of above 3,000 teu, Alphaliner said.
Lloyd’s List Intelligence reported that there were 64 vessels of 3,000 teu to 5,000 teu unemployed, representing 7.5% of capacity in this class.
“Overall idle capacity ended the year at 1.42m teu, down slightly from 1.44m teu in early December although the number of idle ships rose from 336 units to 344 units due to the higher number of smaller idle ships,” Alphaliner said.
Alphaliner added that the outlook remained mixed for the coming weeks, with a large number of panamax ships committed for scrapping, which would help to bring down overall idle numbers.
“However, the newbuilding overhang remains huge, with some 40 units ready for delivery in January alone,” Alphaliner said. “Some of them were already deferred from 2016. Their owners might consider some further deferring.”
0
Tags: idle containers
Visit Home
Send to friends
Print
Newsletter
Share this news