K Line president and CEO Eizo Murakami is confident the new boxship company formed with NYK and MOL can make money even if depressed markets. 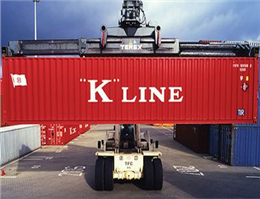 According to MANA, the three Japanese giants are forming a new combined container shipping operation in 2018 as a response to dire rates.

Murakami said K Line decided it needed to go further than previous alliance cooperation, “given the current business environment, in which competitors cannot be defeated without significantly higher cost competitiveness.”

The new company will target savings from its joint fleet, he told workers in his new year address.

“From this integration a business framework capable of generating profits even when market conditions are as bad as they are now will be established,” he said.

“The emergence of such a framework means that the liner trade of Japan, a nation surrounded by the ocean and built upon marine transport, will triumph with a robust organisation built on the combined strengths of our three companies.”
0
Tags: K Line
Visit Home
Send to friends
Print
Newsletter
Share this news