Jan 4 Nearly 300 tonnes of oil spilled into the narrow strait separating Singapore and Malaysia after a collision between two container vessels, the Singapore Marine Port Authority (MPA) said on Wednesday. 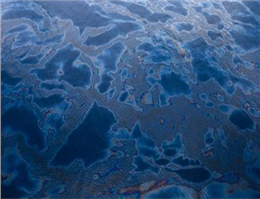 According to MANA, There were no reports of injuries and 12 anti-pollution craft had been sent to clean up the mid-sized oil spill, the MPA said in a statement.
"Traffic in the East Johor Straits and Singapore's port operations remains unaffected", it said, adding that the spill had been contained off the western side of Singapore's Pulau Ubin island.
The spill was caused by damage to the fuel tank of the container vessel APL Denver after a collsion with the WAN HAI 301 off Pasir Gudang Port in Johor, Malaysia late on Tuesday.
APL Denver is owned by Germany's HLL Pacific Schiffahrts and registered in Gibraltar, while WAN HAI 301 is owned by Wan Hai Lines Singapore and operated by Taiwan's Wan Hai Lines .
0
Visit Home
Send to friends
Print
Newsletter
Share this news