Tanker owners will face loss-making rates in 2017 while the industry at large remains several years away from a full recovery, Bimco warns. 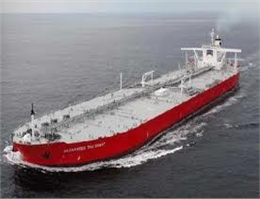 According to MANA, In a 2017 outlook published today, chief analyst Peter Sand said oil consumption will need to rise and bloated stocks be drawn down before the tanker market can be rebalanced.

“We foresee demolition of tanker capacity to reach a five-year high, but not enough to prevent the onset of a loss-making freight market,” Sand wrote in the report.

The bleak view for tankers marks a reversal for what had been the industry’s top performing market while peers in the dry cargo and container sectors struggled.

For bulker owners, fresh from the worst year in history in 2016, great care is required in 2017 to handle the supply side of the market, Sand says.

“A continuance of the alarmingly low level of demolition activity in the second half of 2016 simply will not deliver the needed zero fleet growth,” he said.

With a significant number of new ships on the way in 2017 and 2018, scrapping will have to run at 30 million dwt annually, he calculates.

“This is not a tall order in theory, but the slowdown in scrapping seen since June 2016 causes alarm bells to ring,” Sand said.

Sand believes eight years on from the global financial crisis the world is still struggling to come to terms with the updated conditions, noting many large economies remain in recovery mode.

“The full restoration of shipping markets will need several years of solid improvements to lift fleet utilisation rates,” he said.

“Sector overcapacity almost everywhere must be reduced. Government support for any industry – including shipping – which is feeling the heat of global competition might seem like a good thing.

“But direct subsidies from governments in fact have a negative impact on the global shipping industry as they affect free trade and undermine the level playing field for businesses.”
0
Tags: tanker tanker fleet Bulkers Scrapping
Visit Home
Send to friends
Print
Newsletter
Share this news