NITC on the Move

International market development, the main target of NITC, one of the biggest fleets worldwide, has been considered a pillar of power for Iran and has managed to successfully move forward in the realm of oil tankers despite the numerous rivals and tough competition in energy market. 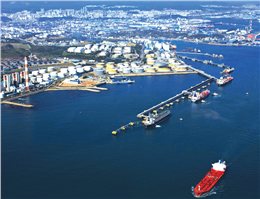 Although the company was highly affected by international sanctions against Iran and successfully survived it, NITC managed to assist Iranian economy during the sanctions. In post sanction era when Iran’s international interactions resume to normal and the oil production hikes, the company again is considered an axis of power for Iran. Now the question is what plans this company composed for post sanction era. The question was asked from Ali Akbar Safayi, NITC managing director and Ali Akbar Jebeli, the technical and operational manager of NITC. To answer this question, Safayi touched upon of the increase in maritime transportation of oil by NITC, fleet expansion and increase of oil exports in post sanction era and informed that: the oil carried by NITC fleet recorded 84m tonnes in 2012 while it reached 133m tonnes in 2015.
He continued that through JCPOA, P&I club could manage NITC fleet which set the scene for the fleet to operate internationally. He also informed that the first tanker ship was insured under P&I club on 21 May 2016.
Safayi remarked freedom of IRI flag in international waters as another fruit of JCPOA and asserted that the Iranian flag is now credible to operate under Paris MoU and the fleet can enjoy IACS services to which along with the flag are the two requirements of international marketing in shipping.
NITC managing director announced that following the policy to attract new customers, 10 tanker ships have been chartered by foreign companies. He also added that NITC is now again an official member in international associations and unions including INTERTANCO and has managed to recruit over 300 Iranian seafarers while it aims to incrase it by 700 by the end of the year.
Jebel Ameli also laid emphasis on utilizing the ultimate capacity of the company and explained: while the majority of the fleet is operating to carry Iranian oil, to move forward with JCPOA, some tankers have been chartered by the foreign clients which translate into practically operating in international markets.
Emphasizing the efficient presence of NITC in international markets and working in various realms, Jebel Ameli elaborated that NITC aims to operate in logistics and different marine transportation too.
“Retaking the oil market share on international scene is another target for NITC” Jebeli Ameli said. He also asserted that NITC is considered as one of the main exporting arms in Iran and the respective fleet exported the whole Iranian oil during the sanctions to avoid any challenge in the absence of foreign fleet.
Jebel Ameli also continued: the company is not only ready to once again operate in international markets, but to play an active role it used to play during the 8-year-war against Iraq and the recent sanctions on the Iranian industry.
Aiming to renovate the fleet, NITC targets to replace old tankers with hi-tech vessels. Furthermore, the respective managing director informed of the development of the activities of this company to the realms of FPSO, FLNG, LNG, LPG and that the initial steps have been taken through the negotiations with foreign companies.
Finally, Jebel Ameli assured that NITC intends to resume its operation on international markets strongly and move forward with exporting oil and petrochemical products on global scene.
0
Tags: NITC Iranian Flag Oil tanker fleet
Visit Home
Send to friends
Print
Newsletter
Share this news