Incidents involving abductions of crew from ships while underway have increased in the Sulu-Celebes Sea and eastern Sabah region in the period from March to November 2016, according to piracy watchdog ReCAAP ISC. 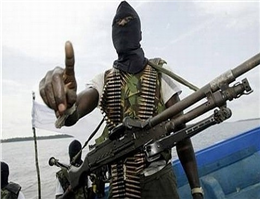 Namely, since March, 44 crew member were abducted, 11 of which remain in captivity. During the period there have been 11 incidents in the area, nine of which were actual incidents and two were attempted incidents, MANA correspondent reported.
ReCAAP ISC said that most of these incidents are claimed by the terrorist group of the Philippines Abu Sayyaf Group (ASG).
Since October 2016, the perpetrators have begun to target ships of larger tonnage, such as Dong Bang Giant 2, Royal 16, Southern Falcon and Kumiai Shagang.
“The latest attempted incidents of Southern Falcon and Kumiai Shagang show the vigilance of the crew and effective activation of anti-piracy measures had successfully prevented boarding by the perpetrators,” ReCAAP ISC said, adding that all ships should “re-route from the area, where possible.”
Additionally, ship masters and crew “are strongly urged” to exercise extra vigilance while transiting the area and report immediately to the Operation Centre in the Philippine Coast Guard District Southwestern Mindanao and Eastern Sabah Security Command (ESSCOM).
The map below shows the locations of the incidents which occurred in the region from March to November 2016: 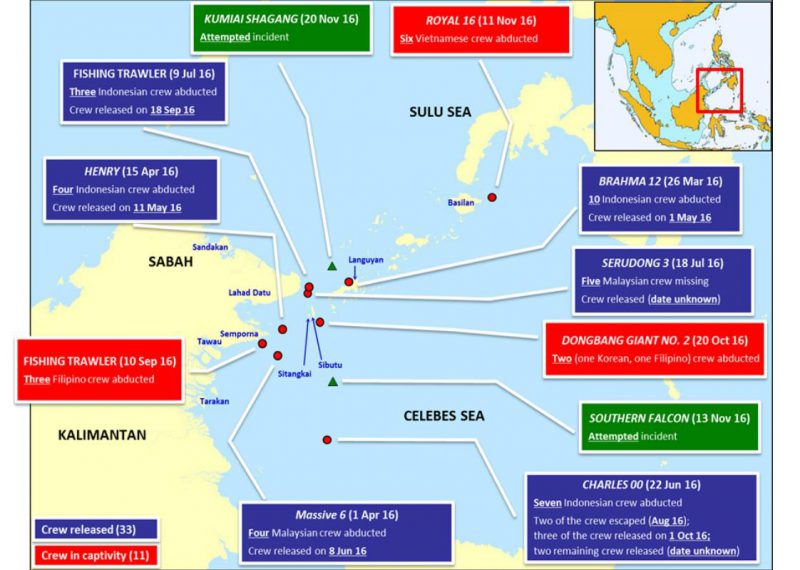