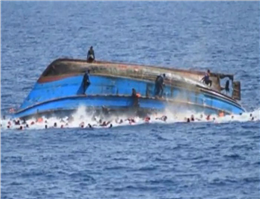 According to MANA, The boat, from Johor, sank off Indonesia's Batam Island when it was hit by big waves, police said. The passengers were believed to be illegal workers returning to Indonesia.
At least 39 people were found alive.
"Search and rescue efforts continue to find the rest of the passengers," police spokesman Airlangga said.