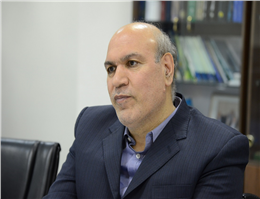 Caviar is one of the world’s most expensive foods and comes with an exquisite taste and aromatic scent. This brilliant food,
which is extracted from the Sturgeon fishes, is rich in protein and various types of vitamins and minerals. In the olden days, caviar was brought to the market from the Sturgeon fishes that fishermen caught in the Caspian Sea; yet the catching of these fishes was prohibited due to environmental reasons and the protection of the Caspian Sea Sturgeon reserves. Hence, all the countries surrounding the Caspian Sea are highly required to abide by the related regulations and conventions.
With catching the Sturgeon fishes off the table, the majority of the caviar producing countries has tended to cultivate these fishes in fish farms, and Iran is one of the pioneer countries in this regard. In a 5-year plan, Iran is supposed to increase its annual export from 1 ton to 10 tons, and this move would certainly inject foreign fund to Iran’s economy.
In an interview with MANA international correspondent, Dr. Hassan Salehi, Deputy Minister of Agricultural Jihad and Head of Iran Fisheries Organization, delved into the issue of Caviar and its future prospects in Iran. You will find a summary account of this interview in the following.
Could you please brief us on the status of catching Sturgeon fishes in the Caspian Sea?
In the golden days, when 90 % of the global caviar production happened here in the Caspian Sea, Iran was the world’s leading caviar exporter. Subsequent to the decommission of USSR and overly catching of Sturgeon fish, along with other destructive factors in the Caspian Sea, the number of these fishes began to shrink. In order to protect the Sturgeon fish reserves in the Caspian Sea, the presidents of the 5 countries surrounding the Caspian Sea put a ban on catching these fishes in Baku convention in 2010.
With the prohibition of catching Sturgeon fishes in the Caspian Sea and Iran’s serious commitment to it, what plans have Iran’s Fisheries Organization put into action in order to supply caviar from alternative resources?
Immediately after the prohibition was launched, Iran’s Fisheries Organization placed a caviar cultivation plan on its agenda, and so far, it has reached excellent results. Last year, Iran’s cultivated caviar export managed to find its way in the market, and it managed to export 1 ton of caviar worth 1 million and 700 thousand US dollars. We aim at exporting approximately 2 tons of cultivated caviar in 2016. We do hope that we could retrieve our position in the caviar market with the plans we have devised, particularly with joint investments with caviar consuming countries.
How much is Iran’s share from the world market?
As we discussed before, natural caviar could not be supplied from the Caspian Sea any longer, and the cultivated caviar market is led by several countries such as Iran, China, France, Italy and the United States. Iran’s cultivated caviar is extracted from Beluga fish, which is a delicate and exclusive type of caviar and it is worth at least 6 times as much as the caviar cultivated in other countries.
What are the privileges of investing in Caviar business?
The Southern Caspian Sea caviar has a unique position in the caviar consuming countries. The caviar produced in Italy is worth 250 to 700 Euros per kilogram, but the Iranian cultivated caviar is worth between 1500 and 2000 Euros per kilogram. Caviar market activists are much more interested in investing in Iran’s market; for this reason, we have started negotiations as to the investments in Iran’s caviar cultivation with France, Italy, Norway and South Korea. Climatic conditions, minerals and the species of fish in the Caspian Sea are unique and spectacular for caviar cultivation, and these factors are tempting enough for foreign caviar market investors.
How much funds have been speculated for these investments?
We do prognosticate that by the end of the 6th Five- Year Development Plan (by 2020), we will have absorbed 290 million dollars worth of investment in Iran’s caviar cultivation sector. Fortunately, the capacities for the implementation of these investments have successfully been created.
What facilities would you put at the private investors’ disposal?
In order to commence its investment, the private sector initially needs baby fish, and we would place these baby fish at its disposal until the investor is up and running and can produce baby fish of its own. We would also offer private investors low-interest bank loans. It is worth mentioning that private investors could benefit from foreign currency monetary loans provided by National Fund. Moreover, fisheries experts would share their knowledge, technology and experiences in the field of caviar fish cultivation with all the private investors.
What countries have you set as the main destinations for the export of Iranian cultivated caviar?
Currently, our main exports targets are European South East Asia and Middle Eastern countries, and we do intend to add North American nations, particularly Canada, to our exports destinations. If proper conditions are met, we would also like to export caviar to the United States as well.

With the prohibition of catching Sturgeon fishes in the Caspian Sea, have other countries begun cultivating these fishes?
In October 2014, the presidents of 5 countries surrounding the Caspian Sea signed an agreement for the protection and optimized use of live marine resources in this sea; and later on, in March 2015, the authorities of the 5 countries placed a strong emphasis on practicing the clauses of this agreement. One of the paramount clauses of this agreement was devising solutions and plans to protect, revive and increase Caspian Sea’s marine resources. In this regard, the Russian Federation recommended holding training workshops, which was accepted by the other 4 nations. The first round of workshops were held on innovative methods of reviving and increasing Sturgeon fishes resources. Besides, Turkmenistan recommended the collaboration of sea protection institutes and organizations, and we are hoping that a congregation for this purpose be held in Turkmenistan in the near future. I must add that Iran, also, proposed several fruitful suggestions, which are currently under investigation and research.
0
Tags: Caviar Cultivation fisheries Asia europe
Visit Home
Send to friends
Print
Newsletter
Share this news