Maritime piracy still poses a threat to shipping despite it reaching its lowest level since 1996, according to the International Maritime Bureau (IMB). 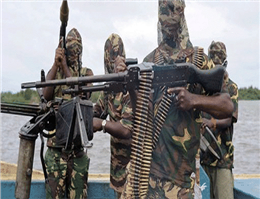 According to MANA, “Kidnapping and hostage-taking persists off the coasts of West Africa and South East Asia, despite a 20-year low in piracy,” it said.
The IMB’s latest global piracy report shows that pirates armed with guns or knives took 110 seafarers hostage in the first nine months of 2016, and kidnapped 49 crew for ransom.
Despite this, the IMB said maritime piracy is at its lowest since 1996 with just 42 attacks worldwide this quarter.
“IMB’s Piracy Reporting Centre has recorded 141 incidents so far this year, a 25% drop from the same period in 2015,” the IMB said.
The IMB says one factor in reducing global numbers has been the huge drop in low-level incidents off Indonesia.
The IMB recorded 33 attacks off Indonesia in the first nine months of 2016, down from 86 for the corresponding period in 2015.
As for Somalia, zero incidents were recorded this quarter and just one attempted attack was recorded in the Gulf of Aden in the first nine months of 2016.
But the situation ashore in Somalia, from where the pirate vessels set off, is said to remain fragile, according to the IMB
0
Tags: piracy
Visit Home
Send to friends
Print
Newsletter
Share this news