CMA CGM is set to establish a training facility in Singapore for senior staff across Asia, the company has confirmed. 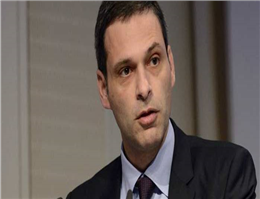 The training centre will be established jointly with a Singapore university, according to reports in Singapore newspaper The Straits Times, MANA correspondent reported.
“Now that we have decided to strengthen our position in Singapore, we would like to make sure that from Singapore, we would be able to train our Asian colleagues for them to become the mangers of tomorrow,” CMA CGM vice chairman Rodolphe Saade told the newspaper.
Saade says the group does not have any training centre for its Asian staff and currently sends them to France for training, which he said was more “expensive and complicated” in terms of travelling expenses and time.
He told The Straits Times that he hopes to have the new centre open by next September. However, the partner university has not been identified.
0
Tags: france CMA CGM singapore shipping line
Visit Home
Send to friends
Print
Newsletter
Share this news