<![endif]--> Indonesia to resume some coal shipments to Philippines

Indonesia to resume some coal shipments to Philippines

Indonesia will resume some shipments of coal to the Philippines, a government official said on Sunday, after a months-long halt due to concerns about piracy in seas between the two archipelagos. 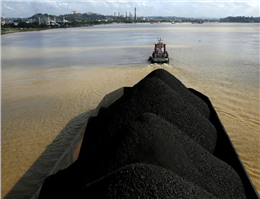 According to MANA, Indonesia earlier this year slapped a moratorium on coal shipments to its neighbour after a string of hijackings by militants based in the southern Philippines, in which several Indonesian sailors were taken hostage.
Only ships with a capacity of over 500 tonnes will be allowed to resume sailing while smaller vessels and tugboats are still banned.
“For safety and security reasons ... all ships must sail in the recommended corridors and avoid conflict areas or waters (around) the southern Philippines and east Malaysia,” Transportation Ministry official Tonny Budiono said.
In a statement, Budiono added that the decision to resume some shipments had been taken because the moratorium had been deemed to be “damaging Indonesian interests”.
Indonesia supplies 70 percent of the Philippines’ coal imports but stopped shipments over concerns that piracy in the Sulu Sea area could reach levels previously seen in Somalia.
Several Indonesian sailors were taken hostage earlier this year by suspected members of militant group Abu Sayyaf, a group known for piracy and kidnappings.
0
Tags: Indonesia philippines coal
Visit Home
Send to friends
Print
Newsletter
Share this news