Transpetro has cancelled orders for 17 tankers placed at Brazilian shipyards, according to news reports. The orders were placed under a programme initiated under one of Brazil's previous presidents who is now under investigation for corruption charges. 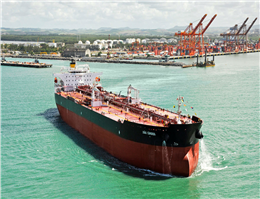 According to MANA, "We decided to revoke the contracts for those ships," Antonio Silvino, head of Transpetro, said to Reuters regarding the order.
According to Clarksons, Transpetro had ordered two suezmax tankers, five aframax tankers, three long-range-one (LR1) tankers, and eight medium-range tankers.
The cancelled orders accounted for more than a third of the 46 ships built under the programme, Reuters says.
Representatives of Transpetro and the shipyards were not immediately available for comment.
0
Tags: Petrobras Transporte tanker brazil
Visit Home
Send to friends
Print
Newsletter
Share this news