<![endif]--> Another Hanjin bankruptcy could happen

Another Hanjin bankruptcy could happen

CMA CGM vice chairman Rudolphe Saade has warned that another Hanjin Shipping bankruptcy could happen if shippers persist in pushing for the lowest possible price. 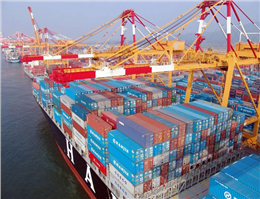 According to MANA, This year has seen a freight rate war that pushed box rates to their lowest levels since 2012, leaving most lines in the red, many deeply, and ultimately to the bankruptcy at the end of August.
“What has happened to Hanjin is something that is important to all of us, it may happen again,” Saade warned.
“Some customers have had many problems having their cargoes stuck on a Hanjin ship, I think what they have to understand is bringing rates all the way down is not the answer there needs be a right price.”
Asked if this meant that there should be an end to price wars in container shipping Saade replied that this would not be the case but said, “There will be price wars, this what our market is all about but there needs to be a decent price war.” Exactly what a “decent price war” would be was not explained.