<![endif]--> MFM Systems to be Installed on Bunker Tankers

MFM Systems to be Installed on Bunker Tankers

The Maritime Port Authority of Singapore (MPA) will require the use of approved mass flow metering (MFM) systems for all marine fuel oil deliveries in the Port of Singapore, starting from January 1, 2017. 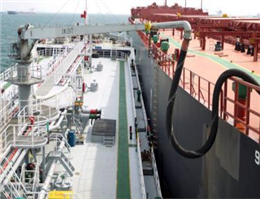 The MFM system will be introduced “to ensure fair and accurate measurements in the delivery of bunker fuels, enhance productivity and mitigate possible corrupt practices,” MANA correspondent reported.
Some two months ahead of the MFM implementation date, the MPA has already given approval to a number of bunker tankers to perform marine fuel oil deliveries in accordance with the new standard.
“Compared to traditional sounding tape methods, use of MFM technology not only shortens the bunker delivery time but also assists in preventing bunker quantity disputes,” marine insurer Gard said.
According to Gard, in 2015 some 45.2 million metrics tons of bunker were sold by the Port of Singapore, one of the top bunkering ports in the world.
0
Tags: singapore bunkering MFM MPA
Visit Home
Send to friends
Print
Newsletter
Share this news