SEVEN years after the initial development agreement, the first delivery of 2m barrels of crude oil from the North Azadega project left Iran for China on Monday local time. 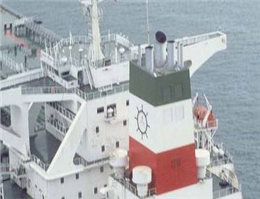 According to MANA, China National Petroleum Corporation, developer of the project, said that the oil was carried by Panama-flagged Herby, a very large crude carrier owned by National Iranian Tanker Co.
The vessel, departing from Kharg Isand, will arrive in Dalian on November 15, according to Lloyd’s List Intelligence data.
“The shipment is significant for a stable development of the energy strategic co-operation between China and Iran, as well as for the implementation of the One Belt One Road initiative among the Middle East countries.” CNPC said.
The Chinese state-owned oil and natural gas giant added that it had agreed to purchase in total 3m barrels of oil from the field by October. The remaining 1m barrels will be shipped at the end of this month.
CNPC and National Iranian Oil Company signed the contract to develop North Azadega in 2009 under an exploitation-and-buyback agreement.
In October 2015, the project was finally put into operation with a trial run, and then became officially launched in April this year, boasting an annual production capacity of 4m tonnes of oil.
0
Tags: oil shipment china iran
Visit Home
Send to friends
Print
Newsletter
Share this news