The plunge in dry bulk volumes at the Dutch Port of Rotterdam contributed to the 1.9 percent decrease in the port’s total cargo throughput for the first three quarters of 2016, compared to the same period last year. 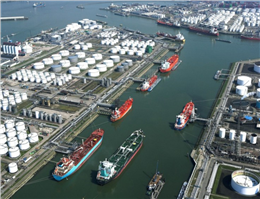