The ‘old Panamax’ sector seems to be slowly fading away, falling from 969 units in 2012 to 796 at the start of October, as the fleet is in a steady and perhaps terminal decline, according to Clarksons Research. 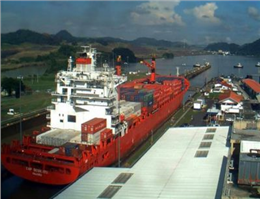 According to MANA, things are only going one way at the moment amid rock-bottom charter rates and record scrapping levels. Clarksons said that if vessel deployment opportunities globally increase, a ‘rising tide’ might even support some of these ships, but in general a decline now appears to have set in.
Designed with Panama Canal transit in mind, Panamaxes became deployed widely and at the start of 2016, 17% were deployed on the Transpacific, mainly through the canal to the US East Coast, but 17% were deployed elsewhere on the mainlanes and 28% on north-south trades.
However, Clarksons said that this may have been the last hurrah for the ‘old Panamaxes’.
In June 2016 the new locks at the Panama Canal opened, allowing much larger ships to transit on the key Asia-USEC trade. panamaxesOver 150 ‘old Panamaxes’ were deployed on that trade back then and today the total is down to about 70.
Slow growth on north-south trades also contributed to the onset of major scrapping, with 55 old Panamaxes sold for demolition this year, and 217 since the start of 2012.
0
Tags: panamax clarksons panama canal transit
Visit Home
Send to friends
Print
Newsletter
Share this news