Keppel Offshore & Marine (Keppel O&M) has further slashed its workforce by about 3,080 during the third quarter in response to the offshore sector recession, bringing its job cuts to around 8,000 over the first nine months of this year amid profit slump. 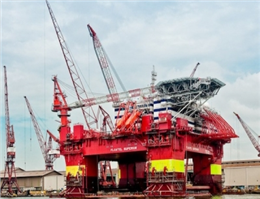 The loss of around 8,000 jobs represented approximately 26% of Keppel O&M’s workforce, MANA correspondent reported.
“Much of the reduction has so far been through natural attrition. However, we will increasingly also look into early termination of contracts and selective retrenchment in Singapore, in line with the drop in workload,” said Loh Chin Hua, ceo of Keppel Corp, parent firm of Keppel O&M.
Loh added that senior management across all the Keppel business units have voluntarily taken a reduction in monthly salary.
“The harsh winter in the O&M market will not last forever. We are not just cutting costs to survive the short term. We are taking advantage of the downturn to restructure Keppel O&M and make the company leaner, more competitive and stronger when Spring returns” .
Despite the strong industry headwinds, Keppel O&M has stayed profitable for the three months ended 30 September 2016 with a slim gain of SGD11m ($7.9m), down sharply by 93% from SGD166m in the same period of 2015.
Third quarter revenue for the offshore and marine business unit plunged by 63% year-on-year to SGD516m.
Loh said Keppel O&M is also responding to the downturn by re-purposing its technology in the offshore industry for other uses such as floating power plants and floating desalination plants. “We expect that our O&M business will be increasingly diversified beyond just oil and gas. We are also reviewing our yard capacity in light of declining workload,” he said.
Keppel O&M has secured new contracts worth about SGD500m year-to-date. The net orderbook stood at SGD4.1bn.
0
Tags: keppel offshore workforce singapore
Visit Home
Send to friends
Print
Newsletter
Share this news