Shipping is facing some of the toughest conditions since the global financial crisis struck in 2008, Clarksons says. 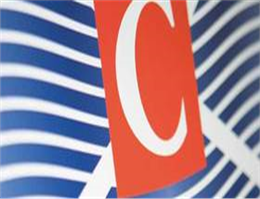 According to MANA, “Conditions in the bulker market remain difficult, and although some improvement has been evident in recent months, the outlook remains challenging,” the report said.
“The pessimism in the containership sector has been re-enforced by the Hanjin bankruptcy, while the tanker market has had a weak summer.
“The offshore market is arguably the most challenged of all sectors. There remain positive signs in the ferry, Ro-Ro and cruise sectors.”
Clarksons said the UK brexit vote had added to economic uncertainty in Europe, while conditions in China had stabilize as part of what it called a mixed global economic picture.
In terms of transactions Clarksons said the 296 newbuilding orders of 12.3 million deadwight across the first eight months of the year marked the lowest level in at least 35 years.
It described the sale and purchase market as active, with 765 ships traded this year, a slight fall on 2015 levels.
0
Tags: clarksons
Visit Home
Send to friends
Print
Newsletter
Share this news