Hanjin Shipping has denied making contact with overseas lines over the sale of its Asia-US operations. 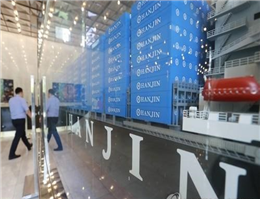 According to MANA, Domestic reports claimed the bankrupt owner had been in touch with Maersk Line, MSC and others over a disposal, but cited no sources.
Maersk Line told TradeWinds it did not wish to comment, while Hanjin said the claims were wrong and it had not reached out to Maersk and MSC.
Seoul central district court has started to accept bids for the business.
Five ships are thought to be up for sale, together with routes and contracts, as part of Hanjin's court receivership.
The value of the operation is estimated at more than KRW 100bn ($88m).
Hyundai Merchant Marine is said to be considering a bid
0
Tags: Hanjin Shipping maersk msc
Visit Home
Send to friends
Print
Newsletter
Share this news