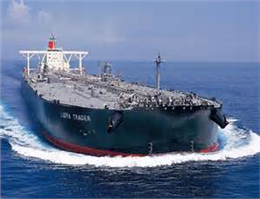 According to MANA, Gasoil is usually shipped on medium and long-range vessels carrying up to 700,000 barrels. It is unusual for the industrial and motor fuel to be shipped in VLCCs able to carry about 2.2 million barrels of the oil product.
Shipping data in Thomson Reuters Eikon shows that the brand new, 299,011 deadweight tonne (DWT) Gener8 Oceanus VLCC, now off the southeast coast of Taiwan en route to Singapore, and with a carrying capacity of about 2.2 million barrels, has been chartered to load gasoil.
Several broker and trading sources said the ship, which was delivered to ship owner Gener8 Maritime Inc by South Korean shipbuilder Hyundai Mipo Heavy Industries on Sept. 12., was chartered by Glencore's shipping arm ST Shipping.
One of the brokers said the ship would load more gasoil in Singapore before heading to Africa, though this could not be confirmed with ST Shipping or Glencore.
Neither company would comment on the matter.
VLCCs typically carry crude oil and fuel oil but newly built ships sometimes load cleaner oil products like gasoil in their maiden voyages out of Asia before doing a return trip with crude oil to offset shipping costs, shipbrokers said.
The cargoes were likely fixed when freight rates for VLCCs were lower, but rates have since soared due to seasonal demand and increased cargoes from West Africa, shipbrokers said.
0
Tags: Glencore shipping VLCC gasoil
Visit Home
Send to friends
Print
Newsletter
Share this news