HANJIN Shipping's vessels calling at Canadian ports will not have to fear being arrested by creditors, after courts there granted the South Korean shipping line bankruptcy protection this week. 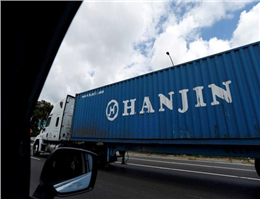 According to MANA, A Hanjin official told Lloyd's List that although the Supreme Court of Canada in large part recognised Hanjin's rehabilitation proceedings in South Korea, Hanjin Scarlet remains under arrest at the inner anchorage of Prince Rupert port in British Columbia.
Another vessel, Hanjin Vienna, also remains under arrest on the request of five creditors at Vancouver, also in British Columbia.
Shipping law firm Clyde & Co noted that although the Supreme Court of Canada mostly recognised the shipping line's rehabilitation order, it was not with retroactive effect as Hanjin had requested.
Thus the bankruptcy protection order did not apply to the vessels that had already been arrested prior to the Supreme Court of Canada's order.
More than 50 Hanjin-chartered vessels across the globe are in the process of being returned to their owners, according to Hanjin, after discharging their cargoes.