vessels drop off containers after weeks stranded at sea following the company’s bankruptcy, ports are dealing with a new problem: what to do with the empty boxes they leave behind. 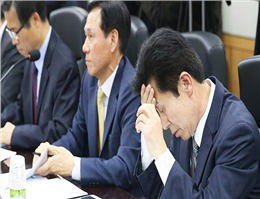 According to MANA, Since the South Korean ocean carrier filed for bankruptcy five weeks ago, roughly 15,000 Hanjin containers have trickled in through the Ports of Los Angeles and Long Beach, often weeks after they were due to arrive. Now emptied of their goods, many are cluttering warehouse yards and parking lots across Southern California. With Hanjin’s ships no longer making the trans-Pacific trip, the company’s containers aren’t needed to carry goods back and forth.
While the stranded containers themselves are a nuisance, logistics companies say the bigger issue is that many are still attached to the wheeled trailers that trucks used to get them off the docks. These pieces of equipment, known as chassis, are vital to port operations, and putting thousands out of commission can delay the container deliveries for all shipping companies—not just Hanjin—people in the industry say.
They have nowhere to go if they come back, and that’s a problem,” said Phil Connors, senior vice president at Flexi-Van Inc., one of three companies that leases chassis equipment to trucking companies that haul containers off the docks. “Because what’s underneath an empty [container]? A chassis.”
The nearly 10,000 parked chassis in Southern California account for more than 13% of all trailers available at the Los Angeles and Long Beach ports, according to local officials. In the midst of the annual peak shipping season—when imported goods surge through the ports ahead of the holidays—chassis are in high demand.
“It’s going to add additional cost that will negatively impact the profitability of Christmas,” said Mark Hirzel, a manager with freight broker A.N. Deringer Inc.
Port of Los Angeles Director Gene Seroka said he is working with private firms to find alternative locations for storing the empty boxes to free up trailers. With the requirements of the bankruptcy court, including additional paperwork and specific permissions the storage companies need to obtain, he said, “that has complicated matters.”
Officials with the Port of Long Beach declined to comment on their plans to deal with the stranded chassis.