The global shipbuilding industry continued its downturn in 2015 with the number of new orders halved compared to 2013 level. The year 2016 is shaping up to be even worse. 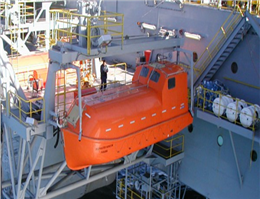 German shipyards bucked the global trend by nearly doubling their order intake reaching nearly €5 billion in 2015 compared to 2013. A similar order of magnitude was recorded also for 2016 to date.

“This great success of the maritime sector of the German industry has its origins in our customers’ exceptionally high expectations. The high degree of complexity of the products manufactured here requires large numbers of highly specialised experts.
Hundreds of companies, all of them extremely reliable, must be coordinated perfectly to work towards a common goal and jointly ensure the success of the given project. These kinds of structures have grown in Germany over decades and cannot easily be replicated in other countries,” said VSM President Harald Fassmer, CEO of the shipyard Fassmer Werft GmbH, describing the situation during the press conference held on occasion of the annual VSM General assembly meeting.


During the first four month of 2016 orders received the national yards totaled nine vessels valued at $1.4 billion. This does not include the orders about 10 vessels from the Malaysian Genting Group, because this order, valued $3.8 billion, was placed in May 2016.
0
Tags: German Shipbuilders
Visit Home
Send to friends
Print
Newsletter
Share this news