Containerisation was 60 years old this year but there was little to celebrate as the sector faces its some of the worst market conditions in its history. 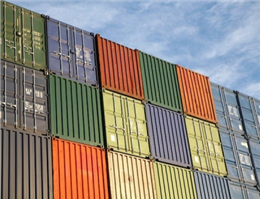 According to MANA, The resulting disastrous impact of container lines financial results was highlighted in this week’s Alphaliner newsletter. In a survey of the 13 largest container lines to publish their Q2 financial results it said carrier’s earnings were down to their lowest level since 2012. On average the 13 lines posted an operating margin of negative 9.2%, considerably worse the -5.5% seen in Q1.
Just one of the 13 lines – Wan Hai – a largely niche Intra-Asian operator – reported a profit. It reported a first six months net profit of TWD297.17m ($9.5m), significantly down from the gain of TWD3.16bn in the same period of last year.
Even Maersk Line, normally seen as one of the industry’s best performers reported a Q2 loss of $111m with a negative margin -2.2%. At the most extreme Hyundai Merchant Marine (HMM) reported a Q2 negative margin of -26.7%.
The third quarter was of course to see the bankruptcy of Hanjin Shipping, which sent shockwaves through the global supply chain.
“The negative performance is expected to persist in the second half despite a recovery in freight rates recorded in the third quarter, especially after Hanjin’s services were withdrawn in September,” Alphaliner commented
0
Tags: container shipping
Visit Home
Send to friends
Print
Newsletter
Share this news