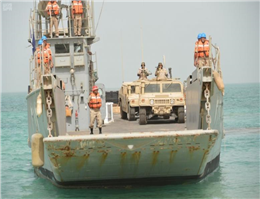 According to MANA,Saudi Arabia began naval war games including live fire exercises on Tuesday in the Persian Gulf and Strait of Hormuz, the world's most important oil route.
"The Revolutionary Guards naval forces believe this war game is mainly to create tension and destabilize the Persian Gulf," the IRGC said in a statement .
About 17 million barrels per day, or about 30 percent of all seaborne-traded oil, passed through the Strait of Hormuz in 2013, according to the U.S. Energy Information Administration.
0
Tags: Saudi navy vessels iran
Visit Home
Send to friends
Print
Newsletter
Share this news