When the leaders of India, Iran and Afghanistan gathered in Tehran in the spring for a ceremony marking India’s development of a strategic Iranian port, they recited Persian poetry and said their partnership would “alter the course of history.” 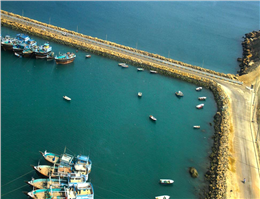 According to MANA,Months after the ceremony in May and pledges by India to inject $500 million into the project, the much-heralded port of Chabahar remains a sleepy outpost – as well as a shadow of the Chinese-built port of Gwadar, 100 kilometers (62 miles) to the east across Iran’s border with Pakistan.
“Despite the project’s importance, Indians and Iranians haggled for two years over who would pay $30 million of excise duties on port equipment imported into Iran, according to Iranian diplomat Hamid Mosadeghi.
The project will also lessen Iran’s vulnerability to possible disruptions in the Strait of Hormuz, said Abdolrahim Kordi, deputy head of economic affairs at the Chabahar Free Trade Zone. If the Strait, a shipping bottleneck at the mouth of the Gulf, were to be blocked due to regional hostilities, Chabahar would be “the only point that can connect Iran to open seas,” he said.
0
Tags: iran china india port
Visit Home
Send to friends
Print
Newsletter
Share this news