Typhoon Chaba battered southern parts of South Korea with violent wind and heavy rain on Wednesday, killing at least three people and flooding the country's main port and industrial sites and disrupting production at some factories. 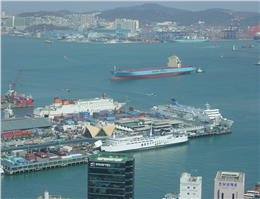 According to MANA, The port in the city of Busan was shut for a second day as Chaba whirled past and headed east towards Japan. An official at the country's biggest port said it was expected to reopen later in the day.

More than 80 flights at the Gimhae Airport serving Busan were canceled, an airport official said. The KTX bullet train service in the south was also suspended.
0
Visit Home
Send to friends
Print
Newsletter
Share this news