"Hanjin lost the game of chicken played among large shippers

The collapsed Hanjin Shipping could not compete against global rivals that were supported by their governments, the chairman of its parent firm told a parliamentary hearing on Tuesday. 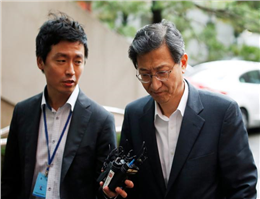 According to MANA,The world's seventh-largest container shipper sought court receivership in late August after its creditors led by a South Korean state bank halted further support, stranding $14 billion in cargo and sending waves through global trade networks.
"Hanjin Shipping lost the game of chicken played among large shippers," Hanjin Group chairman Cho Yang-ho told the hearing.
Hanjin's collapse led ports around the world to deny service to its ships as vendors refused to unload cargo for fear they would not be paid, while some ships were seized by creditors, forcing the group to inject extra money to pay for unloading, a process that is ongoing.
"What pains me the most is that due to the court receivership many ship crews are in the middle of international waters like orphans, and I am very sorry and pained to have created a logistics crisis, but we did everything we could," he said.
0
Tags: Hanjin shipper
Visit Home
Send to friends
Print
Newsletter
Share this news