A United Arab Emirates military vessel was damaged in a strategic Red Sea shipping lane off the coast of Yemen on Saturday but there were no injuries to its crew, the UAE military said. 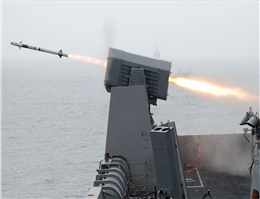 According to MANA, "General Command of the Armed Forces said one of its leased vessels suffered an incident in the Bab al-Mandab strait this morning during a return trip from a mission in Aden. No injures were caused," UAE state news agency WAM said in a statement.
In 2013, more than 3.4 million barrels of oil per day passed.
A senior Emirati commander was among dozens killed in a Tochka rocket strike in 2015 on an army camp near Bab al-Mandab.
0
Tags: Saudi forces Yemen
Visit Home
Send to friends
Print
Newsletter
Share this news