THE much-anticipated distressed assets sales in light of Hanjin Shipping's court-led receivership has happened the dry bulk market with the latest deal being the sale of the 179,166 dwt capesize vessel Hanjin Matsuyama. 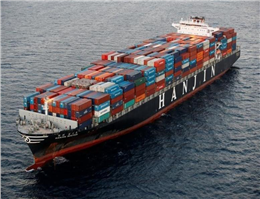 According to MANA,Brokers reported that the vessel was sold by its Japanese owner Kumiai Senpaku to Singapore-based Winning Group for $23m, after the South Korean carrier failed to make charter payments since early June this year.
The 2011-built vessel was on a long term charter to Hanjin Shipping for around $29,000 a day.
Earlier last week, two handysize bulkers - the 36,851 dwt Hanjin Liverpool and the 36,978 dwt Hanjin Isabel, both delivered from Hyundai Vinashin in 2012, were sold to Greek owners. Both vessels were owned by South Korea's HI Investment & Securities and fixed to Hanjin Shipping on five-year bareboat charters since the delivery of the vessels.