NYK Line and MOL into the Red 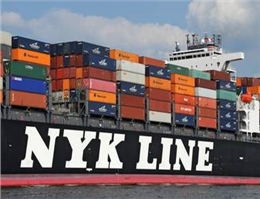 According to MANA,NIPPON Yusen Kabushiki Kaisha (NYK Line) reported a net loss of ¥12.8bn ($123.4m) in the first three months of its fiscal year from a net profit of ¥43.1bn in the same period a year earlier. MOL reported a small profit of JPY1.4bn ($13.6m) after losing $1.51bn in 2015 following JPY179.3bn in losses.
: MOL also reported: For the first quarter of FY2016 revenues were JPY360bn compared to JPY449bn in the same period a year earlier.
The oversupply of new ultra large containerships is continuing unabated and a recovery in freight rates will require a certain amount of time," NYK said in its notice of earnings revision. "In the dry bulk shipping market, the pace of the recovery has been slower than previously expected," it said, adding that these factors will be exacerbated by the appreciation of the yen and the rise in bunker oil
0
Visit Home
Send to friends
Print
Newsletter
Share this news