Shipping Shipping
A
News ID: 67893 |
The director of Asalooyeh Customs:

Exporting Goods from Pars-E-Jonobi Grow by 81%

The director of Asalooyeh Customs stated: in the first four months, the value of export goods from Special Economic Zone Customs in Pars-E-Jonobi has increased as much as 81 percent. 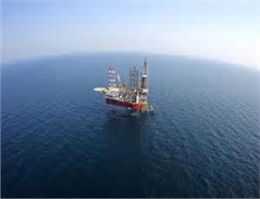 In an interview with MANA reporter, Ahmad Pourheidar referred to the significant situation of Pars-E-Jonobi in producing and exporting products and remarked: in the first four months, Pars-E-Jonobi customs has witnessed the export of over 19 million tons,which this figure highlights a 81-percent increase in comparison with the same period in the last year.
He continued: the value of export goods from Pars-E-Jonobi customs reached over 8 Billion Dollar.
The director of Asalooyeh Customs stated: gas condensates, Butan, Propane, Ammonic gas and fertilizer constitute the majority of goods which have been exported to China, Japan, United Arabic Emirate, Azerbaijan, Turkey, Afghanistan and India.
In the end, Ahmad Pourheidar remarked: gas condensates are the most important export goods which enjoy the same cost as crude oil in the world market.