SOUTH Korea's Incheon port handled 8.8% more containers in the first half of 2016 from a year earlier, at 1.2m teu, after trade agreements forged in 2015 and following the opening of a new terminal at the Incheon New Port this year. 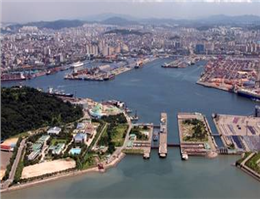 According to MANA,"The Hanjin Incheon Container Terminal (HJIT) opened this year in Incheon New Port, leading to a high rise in container shipments," Incheon Port Authority president Yoo Chang-kuen said in a statement. In June alone, the Incheon port handled 217,996 teu, up 11% from 196.2m teu a year earlier.
"The growth of shipment volume in July soared, which is likely to drive the shipment to reach 1.5m teu early August," Mr Yoo said, adding that container shipments handled at the Incheon port "will see sustained growth" with the full opening of Incheon New Port scheduled in January 2017.
The port of Incheon's container throughput accounted for 9.6% of South Korea's total in the first half of the year, IPA said. The quantity of container goods transported through the port has been showing an annual 5.9% increase on average since 2013, when it surpassed the 1m teu mark by moving 1.04m teu in the first half, the port authority added.
Container shipments related to China increased 6.9% in the first half to 732,953 teu and those related to Vietnam rose 20.8% to 105,182 teu, likely due to the impact of the South Korea-China free trade agreement and a similar pact between Korea and Vietnam which were forged last year.
0
Visit Home
Send to friends
Print
Newsletter
Share this news