DP World handled 31.4m teu across its portfolio of terminals in the world during the first six months of this year, up 2.5% on a reported basis, propelled by the strong performance of its European and Indian subcontinent facilities. 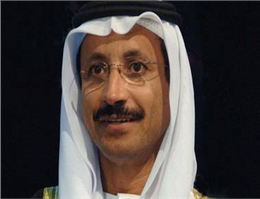 According to MANA,On a like-for-like basis, DP World's gross volumes rose 1.2% in the first half of 2016 from the same period a year earlier, it said in a statement. In the second quarter, DP World said its container throughput rose to 15.9m teu compared to the first quarter's gross volume level of 15.5m teu.
DP World's throughput in Asia Pacific and the Indian subcontinent increased 2.9% year on year to 14.6m teu in January-June, it said.
“Despite challenging market conditions in the first half of the year, our portfolio continues to deliver growth," DP World group chairman and chief executive Sultan Ahmed Bin Sulayem said.
“We expect the second half of 2016 to show an improved performance as our new developments in Rotterdam (Netherlands), Nhava Sheva (India), London Gateway (United Kingdom) and Yarimca (Turkey) deliver an increasing contribution," he said.
At a consolidated level, DP World's terminals handled 14.6m teu in the first six months of 2016, improving by 1.6% from the year earlier on a reported basis but down 1.4% year on year on a like-for-like basis. Consolidated terminals are those where DP World has control as defined under the International Financial Reporting Standards.
“We continue to focus on driving profitability by targeting higher margin cargo, improving efficiencies and managing costs," the DP World chairman said. "We are encouraged by the progress we have made in the first half of 2016, and we remain confident in meeting full year market expectations.”
0
Visit Home
Send to friends
Print
Newsletter
Share this news