<![endif]--> The Building of First Iranian Marina in Anzali Port

The Building of First Iranian Marina in Anzali Port

The director of Gilan Province Ports and Maritime Organization announced that the construction operation of first Iranian coastal resort (Marina) will be commenced in Anzali Port since the second half of this year. 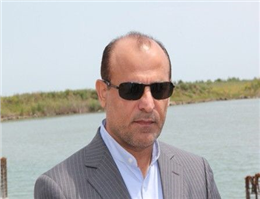 In an interview with MANA reporter, Hossein Cheraghi remarked: in the light of emphasis by Roads and Urban Development Organization and Ports and Maritime Organization, the development of maritime tourism in the North of Iran has been put on the agenda.
Cheraghi further added: based on the conducted studies by Ports and Maritime Organization, we intend to begin the construction operation of first Iranian coastal resort in Anzali Port in the near future.
referring to the Caspian Sea, Oman and Persian Gulf as well as high potential of these regions for developing tourism, he continued: coastal resort (Marina) is one of the most important ways of earning money in the world.
Emphasizing the necessity for construction and development of coastal resort(Marina), Hossein Cheraghi stated: the establishment of Marina is a key for developing tourism and earning money for the investors of the private sector.
He continued: with the construction of coastal resort(Marina) in Anzali Port ,we would be witness the launching of first Marina in Iran which brings about a transformation in maritime tourism and moreover will turn into an appropriate pattern for establishing Marina in other coast sectors of our country.
This official figure in Gilan Province remarked: based on the initial estimates, for commencing this project,50 billion Toman is needed.
Stating the development of maritime travels as the main purpose of this project ,The director of Gilan Province Ports and Maritime Organization proposed: in order to accomplish this project, Province Ports and Maritime Organization will fully support the investors from the private sector.
It is noteworthy that hotel,Marine restaurants, marine sports club will be established in this coastal resort(Marina).
0
Visit Home
Send to friends
Print
Newsletter
Share this news