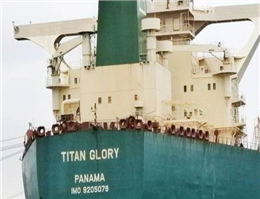 According to MANA,The Baltic Exchange's time charter equivalent (TCE) earnings estimate for the VLCC sector dropped $1,230 today, which was a 9% drop, to touch $14,800 per day.
That's the lowest level the large tankers have seen since October 2014, according to data from the exchange, though this comes during the seasonally slow season.
The day's chartering saw DS Tankers' 308,000-dwt DS Valentina (built 2000), which trades in Navig8's VL8 pool, garner a WorldScale (WS) 35 rate for a journey from the Middle East to South Korea.
That marks a decline from WS 42.5 on a similar route last week.
0
Visit Home
Send to friends
Print
Newsletter
Share this news