Sri Lanka’s oil minister said on Sunday that his country is interested in resuming oil imports from Iran thanks to the new post- sanctions era. 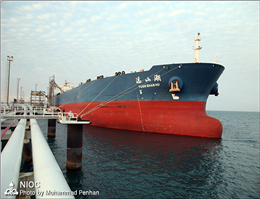 According to MANA, Following a meeting with Iranian Minister of Petroleum Bijan Zangeneh in his Tehran office on Sunday, Chandima Weerakkody hoped that the two countries will sign fruitful energy deals in the future.
He said Iran and Sri Lanka have been close and Iran is regarded as a key name in oil supply for Sri Lanka as the country's oil refinery is built to process Iranian crude.
The official said that the removal of sanctions is good news for the Sri Lankan people and government, adding, "We did very good talks today and we hope that the remaining issues will be resolved for enhancing mutual ties."
0
Visit Home
Send to friends
Print
Newsletter
Share this news