The supervisor of Khouzestan Province Customs stated: in the first four months of this year, approximately 4.200.000 Non-Petroleum goods has been exported from maritime border of Khorramshahr to Southern Ports of Iraq. 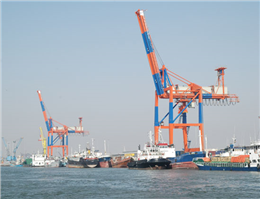 In an interview with MANA correspondent, Mohammad Reza Jafari remarked: cement and construction materials, some foods materials and fruit which constitute the majority of these goods, have been exported to Basra, Abu Flous and Abu al Khasib ports.
Referring to that the exports of Non-Petroleum goods from maritime border of Khorramshahr will be conducted by domestic vessels,he hoped  that with the removal of some obstacles,the process of exports goods from maritime border of Khorramshahr to Iraq would be increased in the upcoming months.
The supervisor of Khouzestan Province Customs remarked: in the current year,with the remarkable increase in Customs Tariff by Iraqi authorities, the process of exports goods to Iraq ran into problems.
He continued: in order to solve these problems, the constructive negotiations have been made.
Currently, land borders of Chazabeh and Shalamcheh as well as maritime border of Khorramshahr are active for exporting Iranian Non-Petroleum goods to Iraq.
0
Visit Home
Send to friends
Print
Newsletter
Share this news