Singapore maritime could gain from Brexit

Britain’s Brexit vote decision to leave the EU could yet further bolster Singapore’s position as a maritime hub according to Ince Law Alliance. 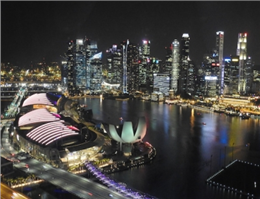 According to MANA,The Lion City’s rapid rise as an international shipping centre has been well documented and it could benefit from the UK’s move to the EU combined with its own long-term relationship with Britain, which includes a largely English law-based legal system.
“It can be argued that Brexit means good news for Singapore regardless of the permutations ahead, which remain largely unknown,” said Bill Ricquier, md of Incisive Law
“Looking at Brexit with the glass half-empty from a UK perspective, Singapore is well-positioned to benefit from any decline in London’s status as a maritime centre.
On an opposite scenario of glass half empty for Singapore, it could benefit from the UK looking beyond the EU more in terms of trade treaties.
“It would be encouraging to see Singapore near the front of the queue when bilateral trade negotiations open, particularly given the historic ties between the two nations and the status of both as key global financial centres,” Ricquier said.
0
Visit Home
Send to friends
Print
Newsletter
Share this news