Iran is seeking to find a new group of clients in china to sell its crude oil, this plan, according to some experts, intensify rivalry between Iran and Saudia Arabia. 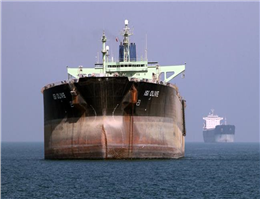 According MANA, Tehran has already sent a major crude cargo to China’s eastern Shandong province where a group of independent oil refiners – known as teapots – are situated.
The teapots were granted licenses by Beijing last year to import crude in line with Beijing's efforts to boost competition in a sector dominated by state-run groups.
The cargo is being taken to Shandong by Trafigura, the world's second-biggest independent oil trader. Its volume is expected to be around 2 million barrels of heavy crude oil.
Based on the Sources the National Iranian Oil Company (NIOC) agreed to sell the cargo to Trafigura provided that it would sell it to Chinese teapots - which are outside NIOC's usual Chinese clients.
Iran needed to sell through a trader given logistical constraints and credit risks involved when dealing with small non-state buyers, the sources said. NIOC's sale via Trafigura will help Iran to also avoid demurrage costs at congested Shandong ports, the sources said.
Supertanker Olympic Target, which is carrying Iranian crude, is expected to arrive later this week, shipping data showed. Trafigura is expected to move the cargo into storage tanks and then sell it in smaller parcels to teapots.
0
Visit Home
Send to friends
Print
Newsletter
Share this news