IRAQ has exported its first cargo of liquefied petroleum gas, opening up a new trade lane for LPG from the Middle East Gulf. 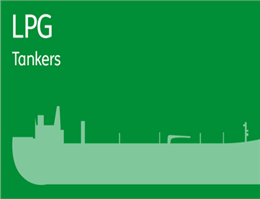 According to MANA,Vessel Tomson Gas was due to arrive in Pakistan’s port of Muhammad Bin Qasim on July 13, according to Lloyd’s List Intelligence data. The 1989-built, 3,203 cu m ship is currently positioned off Pakistan’s port of Karachi, ship tracking data shows. It is owned by Dubai’s Marine Shipping Line.
First LPG exports come as Iraq aims to diversify in the face of lower oil revenues from lower oil prices, according to energy expert.
“Iraqi officials say higher domestic demand has limited the amount of crude available for export,” said the IEA. “In the meantime, the first cargo of LPG was shipped from Khor al-Zubair in the Gulf.”
By the end of June, the VLGC fleet had increased by 32 vessels, with 14 more to be delivered from yards in the second half of 2016, according to analysts.
0
Visit Home
Send to friends
Print
Newsletter
Share this news