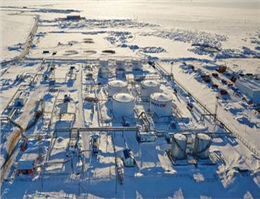 According to MANA,With its first spot LNG shipment, Novatek also joins a growing pool of vessel charterers, as LNG producers and buyers increasingly take on the role of traders and intermediaries in the LNG marketplace.
Novatek said it shipped the cargo from the LNG terminal in Trinidad and Tobago to Quintero in Chile.
The last trade on this route was the Spanish-flagged 130,000 cu m LNG carrier Bilbao Knutsen, which loaded its LNG cargo in Trinidad and Tobago on June 7 and arrived at Chile’s port Quintero on July 6, Lloyd’s List Intelligence data showed.
“As the LNG market grows and its trading flows diversify globally, there is no reason for international traders to miss this opportunity,” the IEA said.
Novatek is Russia’s largest independent natural gas producer and the main operator for the Yamal LNG project, a gas project for international markets developed in one of the world’s most hostile and harsh environments