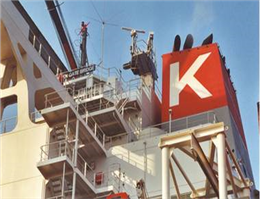 According to MANA, The orders for two 311,360 dwt VLCCs were placed with Kawasaki Heavy Industries, which will deliver one in 2017 and another the following year, K Line said in a statement.
Namura Shipbuilding clinched the order for a 310,300 dwt VLCC, which will be delivered in 2018. It also secured the contract for two aframax tankers, which were placed by K Line. The aframax tankers will be delivered in 2018 and 2019.
The fleet upgrading is part of the Japanese shipping line's newly reformed medium-term management plan, which was unveiled in April.
The plan targets the implementation of structural reforms in the dry bulk sector, as well as expansion of operations that will provide stable revenues, such as in the car carrier, liquefied natural gas carrier, oil tanker, dry bulk long-term contract carrier and logistics business sectors.
The plan, covering fiscal year 2015 to fiscal year 2019, underscored K Line management's priority to undertake initiatives that will boost stability and competitiveness. The shipping line then said it would also strategically invest for growth.